Hard water is a general phrase that is used to refer to water that has high levels of minerals, such as calcium and magnesium. While small amounts of these minerals are beneficial to the human body, an overload of these components in your water can leave you with skin that feels like it is filmy after a shower, build up on your appliances, and put spots on your dishes.

If you are a homeowner who is dealing with hard water, it is likely that you have looked into water softening systems. However, if you are like most, there are a few myths and misconceptions that get in the way of you choosing to have a water softener installed in your own home.

Fact: During the water softening process, most systems exchange sodium ions for the mineral compounds. However, not all minerals will be eliminated in the process. Therefore, even though a good portion of the excess minerals is removed, there will always be some remaining to provide you with the desirable health benefits.

Myth: Water treated with a water softener will taste salty.

Fact: It is a common misconception that because water softening systems typically use sodium or brine to ionize the minerals in the water, the end result must taste different (specifically: salty). However, softened water does not taste salty unless there is something wrong with your system. The sodium in ion formation does not have a salty taste even though they will somewhat change the taste of your water supply.

Myth: Water softening systems are too expensive to have installed for the average homeowner.

Fact: The costs associated with water softener installation can vary depending on what type of system you have installed and its size, which will have to be bigger if you have a large home. However, generally speaking, a water softener for an average home will cost you around $1500, which includes the costs of basic installation. This cost is much lower than what most people expect when they start looking at prices.

A water softener in your home can almost completely eliminate the issues that you have with a filmy buildup that is a result of hard water. If you would like to know more about water softeners and hard water, talk to a professional in your area for more information. One company that may be able to assist you is Still Water. 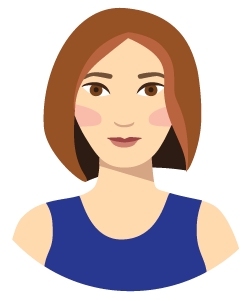 When was the last time that you had your water tested? If you have well-water supplying your home with the water that you drink, use to cook and bathe in, it is important that you have the water tested from time to time. So, how often should the water be tested? What could cause what was once perfectly safe water to become contaminated? Is there anything that you can do to protect your well from these potential contaminants? My blog is all about the environmental dangers that are posing risks to your water well. You will find out all about what is going on that could cause your water to become unsafe.